In 2008, community activists in Florida fed up with what was happening to their communities due to bad land development and growing traffic congestion proposed to change the Florida constitution to allow direct democracy to play an important role in development decisions, rather than trust their elected officials to make wise decisions on their own.

Over the past several decades, approval of awful developments was an epidemic. For many angry citizens, then, it seemed like a good idea if citizens were allowed to vote by referendum on proposed land use and zoning change. 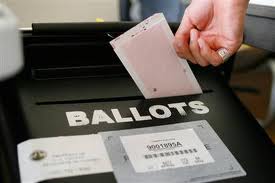 My thoughts on the matter…

This nation has suffered from several decades of artificially low energy costs and enormous subsidies of various sorts for suburban sprawl (with big (unpriced) roads and free parking leading the way). These factors have caused massive distortions to the market signals that most citizens respond to by preferring a car-based sprawl lifestyle. As a result, our cities have been abandoned as residential and commercial has decanted to sprawl locations.

Healthy cities require agglomeration economies to thrive. That is, cities become healthier when they become denser, more intensive and more concentrated in jobs, retail and housing (that is, more compact). The substantial and long-standing dispersal due to sprawl, then, has been deadly to cities, which have mostly become emaciated, scary ghost towns populated by a dwindling number of dysfunctional people who have no other housing choice but to live in the squalor of abandonment, highway overpasses, auto pollution, and the poverty of a dying city downtown.

Concurrently, there is substantial market pressure to grow houses (instead of corn or panthers) in formerly remote cornfields and natural areas (i.e., big profits due to big demand for such housing — demand that would be nearly non-existent without free-to-use big roads and parking). So much pressure that corruption of elected officials is nearly inevitable, as developers have an enormous vested interest in “contributing to” [bribing?] elected officials willing to enable a growth in sprawl markets (through bigger roads, more parking, sprawl upzoning, etc.).

What is to be done to save valuable outlying areas, reduce the pressure to sprawl, and restore the city? (which is clearly needed if our civilization is to have any future at all)

Personally, I am encouraged to know that cities across the nation are seeing substantial rejuvenation in recent years. Lots of new downtown housing, which is bringing the health-giving increases in density, intensity and 24/7 walkable vibrancy. This rejuvenation is probably due to a rise in energy costs, Boomers (who are often childless) moving into adulthood and senior years, an increasing disillusionment with the car-based sprawl lifestyle (which many have found to be rather sterile), and the growing recognition that the lifestyle of walkable urbanity is exciting, interesting, diverse, fun and convenient (and safer than the sprawl lifestyle, I should add, since your chances of being hurt or killed in a car crash in suburbia are much higher than your chances of being mugged).

This trend is certainly quite helpful in reducing the pressure, profit, and desire to sprawl into important peripheral locations. Cities, after all, are now attracting people instead of chasing them to sprawlsville (clearly the case as we see how increasingly unaffordable it has become to find central city housing).

A remaining problem, however, is the market-distorting sprawl juggernaut, which continues to chug along at break-neck speed due to on-going massive public subsidies and the inertia associated with our long history of these ruinous subsidies. Not to mention the gigantic problem of all of the white elephant, low-density development patterns and sprawl-inducing big roads/big parking we’ve built over the past 70 years — all of which will induce sprawl even after we experience a long period of high energy costs and the inevitable ratcheting down of public subsidies for sprawl. There will be, in other words, a lag period once the foundations of sprawl start subsiding.

Again, what is to be done, given the above?

It scares me that the promoters of citizen land use/zoning referendums may be correct with regard to the sprawl problem: We need to move toward more of a direct (instead of representative) democracy (i.e., Mob Rule) when it comes to proposed local government land use/zoning changes. Have a referendum vote of citizens each time land use or zoning for a property is proposed to be changed in the community, instead of just letting elected officials decide.

Given the above, it is hard to imagine that we can insulate elected officials from the corruption that inevitably results when there is a lot of money to be made in building sprawl.

I should also note here that it is not just corruption that would lead elected officials to vote for sprawl. It is also the fact that an elected official who is not a wise and courageous leader can take the easy route to getting and staying elected by being what I call a Motorist Populist. Making cars happy is nearly always a crowd pleaser — even at Sierra Club meetings.) Therefore, maybe it is true that we are left with this direct democracy idea of letting citizens decide on zoning/land use changes, because we have lost trust in our elected officials to escape corruption.

Maybe we must pay for the sins of our foremothers and forefathers who created a car-happy world in the past, in other words, by opting for direct democracy.

It is probably true, given the above, that the best way to end sprawl-inducing upzonings and land use changes in peripheral locations is to bypass corrupt elected officials and give citizens the ability to decide through referendum.

However, the idea of direct democracy is rather terrifying to me. It seems to me that there is a strong likelihood of unintended consequences when we shift community decision-making to every voting citizen in a community. Even if the citizens are relatively well-educated, the Law of Large Numbers means that such votes will inevitably lead to lowest-common-denominator mediocrity.

The reality is far worse, though. Instead of being “relatively well-educated,” most citizens will be entirely ignorant of what they are asked to vote on. That scares the hell out of me.

Are we safer with a couple of corrupt (or populist) elected officials? Or Mob Rule?

As Richard Layman points out, citizens living in car-centric, sprawl-happy America will inevitably vote parochially and counterproductively when it comes to votes for in-town development proposals, because the market-distorting subsidies have compelled most citizens to vote for sprawl, and against the community-wide interests of more density and intensity within city central areas. Citizens are often, in other words, their own worst enemies when it comes to in-town development.

I think it is clear, then, that Mob Rule is counter-productive to making cities more healthy and attractive, because they would typically vote against beneficial in-town development.

Citizen referendums on proposed zoning and land use changes would maybe be good in stopping sprawl upzonings. But it would work against a needed companion: Developments that make cities more healthy and attractive (which indirectly reduces the desire for sprawl).

Can we conclude that Mob Rule is the best way to fight sprawl and loss of important peripheral areas? If so, is it so beneficial that it more than compensates for the enormous obstacles that Mob Rule would have for creating more healthy and attractive cities? Is the citizen referendum stick so powerful that on balance, there is less sprawl with it, even if we have diminished the carrot of attracting people to healthy cities by impeding city improvement?

I guess it comes down to this: Which is more urgent? Which is more powerful? Which is more sustainable? Which is more self-perpetuating? Which is more of a lynchpin? Saving the last vestiges of (relatively) pristine wildlands via citizen referendum? Or restoring walkable urbanity in our long-decimated cities? (a restoration which is inhibited by the sprawl-happy Mob)

Visit my urban design website read more about what I have to say on those topics. You can also schedule me to give a speech in your community about transportation and congestion, land use development and sprawl, and improving quality of life.

Or email me at: dom[AT]walkablestreets.com

My book, The Car is the Enemy of the City (WalkableStreets, 2010), can be purchased here: http://www.lulu.com/product/paperback/the-car-is-the-enemy-of-the-city/10905607

My book, Road to Ruin, can be purchased here:

My Plan B blog